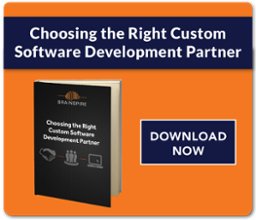 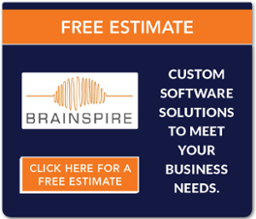 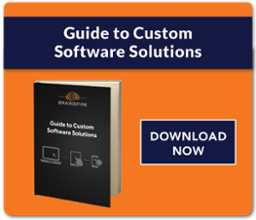 10 Free or Open Source Dashboard Tools to Get You Started with Business Intelligence
posted at September 20, 2018

How Long Does it Take to Build Custom Software for a Business?
posted at September 14, 2017

What Are the Effects of Technology on Human Interaction?
posted at November 7, 2019

How to Check If Your Company's Software is Actually HIPAA Compliant
posted at March 8, 2018

see all
Adobe Flash No Longer Supported - The Ending of an Era Posted on January 02, 2020by DJ Wardynski

The World Wide Web/Internet has seen a variety of advanced modifications, 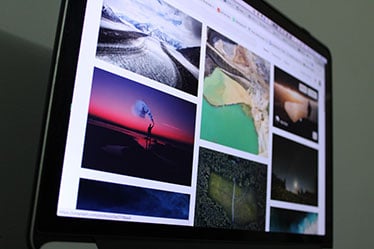 optimizations and advancements over the past few decades, many of which have enhanced the user experience by providing a number of new features hard-baked into newer, updated websites. From Geocities, to upgrades in Internet bandwidth, to the phenomena of social media, dynamic Web 2.0 (interactive) websites, decentralized web servers, cloud technology, and e-commerce, the Internet has changed. One of the most significant advancements in web technology was the development and quick adoption of Adobe Flash. Previous to Flash, the Internet was a conglomeration of static web pages that simply displayed information, text, and “gif” animations, all of which did not allow for interactivity amongst website visitors. Flash, which was first introduced around 1995, allowed for more complex, vector-based animations for creating more dynamic websites. Later, Flash made possible offline applications for a variety of platforms, allowing robust animations, movies, graphics, and other dynamic content to be displayed in real-time. But with the advent of mobile technology (I.e. tablets and smartphones), companies such as Apple began to drop the use of Adobe Flash for motion animations and graphics/movies, due to its rather robust requirements, the fact that it is proprietary, and its use of disadvantageous, resource-heavy libraries. Along with that, new open standards, such as HTML5 and CSS3, allowed for the display of dynamic content (videos, motion, animations, etc.), while being more optimized for web-based content. Additionally, popular platforms, such as YouTube, began to exclusively adopt the use of HTML5/CSS3. According to estimates, the usage of Flash in Google Chrome has gone down from 80 percent to under 8 percent, from 2014 to early 2018 (“Google Chrome: Flash Usage Declines from 80% in 2014 to Under 8% Today”)[1].

Flash has also long been plagued with dangerous security vulnerabilities that have often gone unpatched for several months. These adverse events have given Flash a reputation for being insecure and giving cyber criminals an advantage in carrying out their malicious activities.

For these and other reasons, Adobe announced that they will stop supporting Flash at the end of 2020, which will make it a legacy software system.

What is Adobe Flash?

Flash is a vector-based animation software system and development platform that uses the ActionScript programming language and a variety of IDEs, allowing  designers and developers to build apps and enhance applications or platforms (such as websites) by presenting dynamic animations, motion and video. This advancement  helped the static Web 1.0 evolve into the dynamic, interactive Web 2.0 platform that the World Wide Web is today. Popular platforms were able to present video, complex animations, and online games, while TV studios could create fresh and robust animations for cartoons and television shows.

Initially developed as an advancement to standard website gifs, SmartSketch/FutureSplash (the precursor to Flash) was purchased by Macromedia, which was then purchased by Adobe in 2005. Throughout the years, the animation and graphics software system has been updated, but across each version exists similar functionalities. Flash is also used as an engine for the development of games, including browser-based games and mobile games. Adobe Flash helped pave the way for a more interactive Internet and mobile experience for end-users everywhere, which resulted in its widespread adoption.

Where is Adobe Flash being used for production?

While Adobe Flash has seen a large decline, previously Flash was used in the majority of dynamic, interactive websites. Flash was used on Google.com and its country-specific pages, along with YouTube and a variety of video-sharing, web-based platforms. Such a rich animation engine and graphics system often played a major part in forums, social media platforms, progressive apps, website applications, and video streaming websites and platforms.Flash was revolutionary by giving websites more interactivity and aesthetic appeal when compared with the static, flat websites/apps of old (Web 1.0). Adobe IDEs and software development kits were also used for the development of graphically-robust Desktop and mobile apps, including a variety of games.

One of the major uses of Adobe Flash is to create robust animations on websites and in applications. Such apps use Flash’s powerful vector-based graphics engine, which, in contrast to old pixel based graphics systems, maintained a cleaner look at high resolution.

When it comes to the development of Flash-based applications, games and the like, Flash was used with Adobe Integrated Runtime (AIR), which is a cross-platform runtime environment for the development and execution of Flash applications on a variety of systems, including Desktop and Mobile platforms. For Desktop apps, Flash was also used for robust animation creation and for the application’s graphics engine.

Like with Desktop applications, Flash is often used as a graphics and animation engine for all in-app animations and graphics, and as a platform for application development and execution (in conjunction with Adobe AIR). This allowed for easy development/deployment and clean graphics within mobile apps.

Flash is often used as an animation and graphics engine for mobile games, and as a platform for developing and running games (with AIR), while offering developers a robust codebase that allowed for streamlined, quick development, and clean graphics. As Flash powers many web games, most browsers will cease support by 2020.

One of the main ways that Flash was utilized for decades was as an embedded video system for web pages, and as a way to encode and decode video data for the streaming of video/audio within dynamic websites. To that end, YouTube and other popular video sharing web platforms utilized Flash to allow streaming video to be watched on a variety of platforms, including desktop and mobile systems.


The Main Reason Why  they are Killing Flash

Modern Websites are complex, dynamically-flowing pages that draw data from a variety of servers (like payment gateways, animations, pictures, or databases), and often (on the front-end) utilize HTML, CSS and JavaScript. As noted earlier, Flash was known for not only being resource intensive and utilizing less-than-optimal libraries for its runtime, but was also known for having security issues.

Since websites link data from a variety of decentralized servers, data leaks can happen, resulting in data breaches. Thus, web applications must be sandboxed to prevent data leaks. The utilization of multiple apps increases attack surfaces, and - with Adobe Flash - such an application provided a myriad of security vulnerabilities that could compromise an entire website or platform due to its inherent insecurities. This, of course, could result in one’s privacy being compromised.


What is Flash Being Replaced With?

According to estimates, less than five percent of today’s websites utilize Flash, and as Flash declines in use, open standards such as HTML5 and CSS3 rise in usage as suitable replacements for Flash. HTML5 is open, more secure, and is typically more efficient in its multi-dimensional functionality and utilization.

Additionally, Adobe Flex  - a Software Development Kit (SDK) - offers the ability to create applications utilizing cross-platform development based on the Flash Platform, while Adobe has released its own HTML5 variant called Edge.


The Legacy of Adobe Flash is Something To Be Grateful For

Adobe Flash helped to open up an entirely new realm for the Internet and applications, and for decades was a robust application development system that streamlined development and allowed for clean graphics. However, just like other technologies, there’s always reinvention, innovation and the results of advanced creativity, resulting in the evolution of technology. The time has come for ushering the new era of digital content creation.


Is your business technology future proofed? Find out with our quiz here!